Skip to content
Acclaimed filmmaker Rajkumar Hirani, who is busy with the post-production of his upcoming film Sanju, featuring actor Ranbir Kapoor, has confirmed that the film’s teaser will be released on Tuesday morning. Refuting news of its release during an IPL match on April 24, Hirani said: “It is not a correct news that it is going to be released during the Indian Premier League (IPL) match. As far as I understand, we are launching the teaser before that. It will be in the morning of April 24. In the evening, it will be shown during the IPL match.”
Hirani said this while interacting with the media on Friday, along with Subhash Ghai at the 5th Veda Session organised by Whistling Woods International Film Institute. There were reports earlier that Hirani would release the first look of the biopic on Sanjay Dutt before the April 24 IPL clash and a teaser would be shown in the presence of Ranbir and Sanjay on the Cricket Live show on Star Sports.
When asked whether Sanju would help to re-establish Ranbir again, the 3 Idiots and PK director said: “He was always a Superstar. He never went away. He is a fantastic actor and I really enjoyed working with him and in future, I would love to work with him again on a film.”
ADVERTISEMENT

Talking about the need of more film institutes in India, on the lines of Whistling Woods Institute, Hirani said: “I think we need more number of film institute’s as we have very less. There are channels, we are making so many films in a year. We are the largest producer of films in the world. There are television shows and now there is the digital platform as well, so, for all that, we need good technicians. I feel Subhash Ghai is doing a commendable work through his Whistling Woods Institute by imparting knowledge to film students. My son also studies here so it is inspiring to see the kind of work happening here.”
Sanju is a biographical drama, written and directed by Rajkumar Hirani and produced by Vidhu Vinod Chopra. The film is based on the life of actor Sanjay Dutt, with Ranbir Kapoor portraying the role. It is set to be released on June 29. 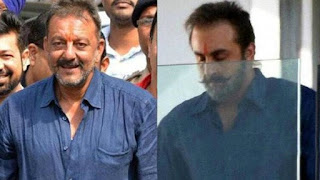