Skip to content
Rajkumar Hirani’s Dutt biopic Teaser will be launched to a viewership of 100 million on 24th April 2018.  Ranbir Kapoor film’s teaser will be launched with the biggest ever television racross 80 channels.
Over a period of two days, the much- Awaited teaser of the Dutt biopic will be aired on 80+ channels.  Led by a massive roadblock on the entire Star network at 19:58 hrs, the 85-second teaser will exclusively play on 15 key channels along with showcasing on IPL that is airing on 8 channels this year.
This will be followed by an additional 60 channels across English, Hindi, and Regional languages the next day, that would encompass the TV audiences across all key markets like Maharashtra, West Bengal, Punjab, UP-Bihar, Gujarat along with the 4 south territories. The simulcast would reach out to 100mn+ unique TV viewers in India, making it the highest ever viewed movie teaser!
Starring Ranbir Kapoor as the iconic actor Sanjay Dutt, the biopic has been one of the most discussed films ever since it’s announcement. One of the most awaited films of the year, The Dutt biopic will portray Ranbir Kapoor in a totally different avatar.

Ranbir Kapoor surprised the audience with  Sanjay Dutt as pictures from sets hit the Internet earlier. The actor not just embodied the looks of Sanjay Dutt but also learned the nuances and accent of Sanjay Dutt.
The team underwent tremendous research for the film including watching almost more than 200 hours of footage for the film.
Written and directed by Rajkumar Hirani, the film will also stars an ensemble cast in addition to Ranbir Kapoor which includes Anushka Sharma, Paresh Rawal, Sonam Kapoor, Dia Mirza, Karishma Tanna, Manisha Koirala, Jim Sarbh, Vicky Kaushal and Boman Irani in pivotal roles.
Produced by Vinod Chopra Films and Rajkumar Hirani Films in association with Fox star studios. Dutt Biopic is all set to be released on 29th June 2018. 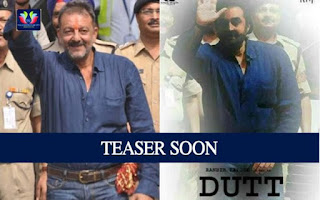 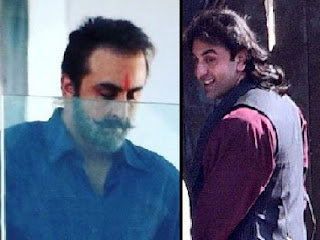 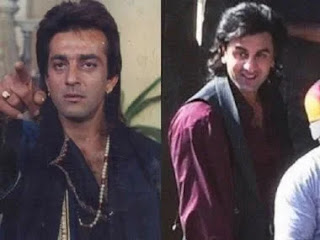